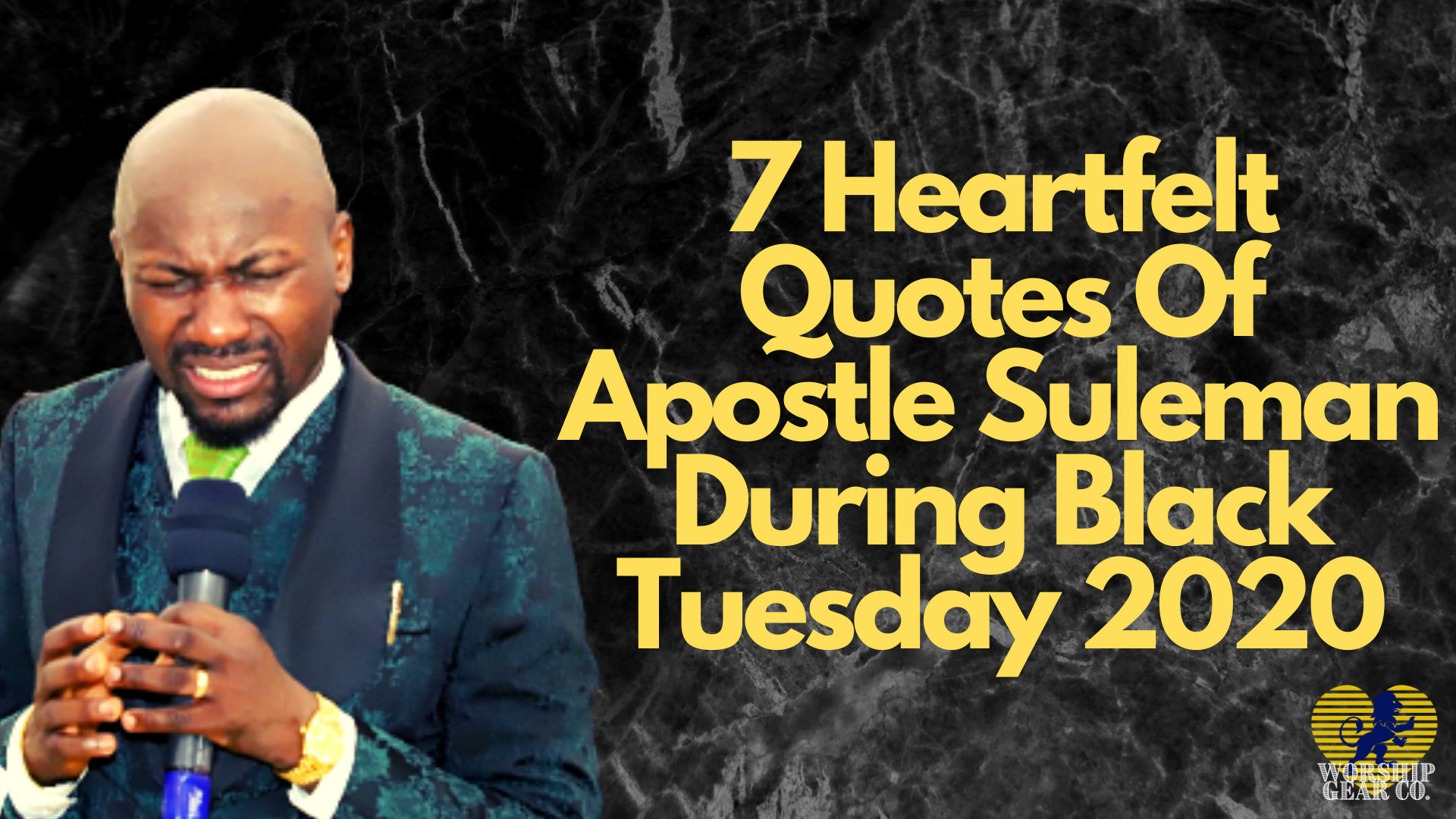 The devastating Black Tuesday of October 20th, 2020, will be forever be known as the day when innocent lives of citizens were taken by the government they elected to protect them. Sources say, the incident that led to the massacre of hundreds of youths In Lekki (by the Nigeria Police), was as a result of a video showing a SARS officer shooting a young motorist in Ughelli, in Delta state, then pushing his body out of the car and driving off with the dead man’s Lexus SUV. Days later a crowd of young people gathered at Lagos’s Lekki toll gate to protest the Special Anti-Robbery Squad (SARS).  That night as darkness fell, Armed Police arrived at the scene firing into the crowd of young people and killing many.

Below is a slide of 7 heartfelt tweets of Apostle Johnson Suleman during Black Tuesday 2020.